Remember when we used a limited assortment of pronouns? She/her/hers or he/him/his were our only choices. This is no longer the case, nor are these ideas fixed throughout our lifetime. Why is this important? With the awareness of gender diversity as we know it now, we are learning that people’s gender identities – pronouns – cannot be assumed.

It is important and acceptable to ask what pronouns someone uses. What happens if we are not able to ask the person? The short answer is to use gender-neutral pronouns like  they/them/theirs. These pronouns are no longer just the plural set of pronouns. They/them/theirs are also used to refer to a person (singular) in ways we may not have considered. For example, one could naturally say “Someone forgot their book in the café. They will probably be missing it soon.” At first glance, these examples may seem to refer to a group of people.  On closer examination, both sentences may be referring to an individual who has chosen they/them/theirs as their preferred pronouns. 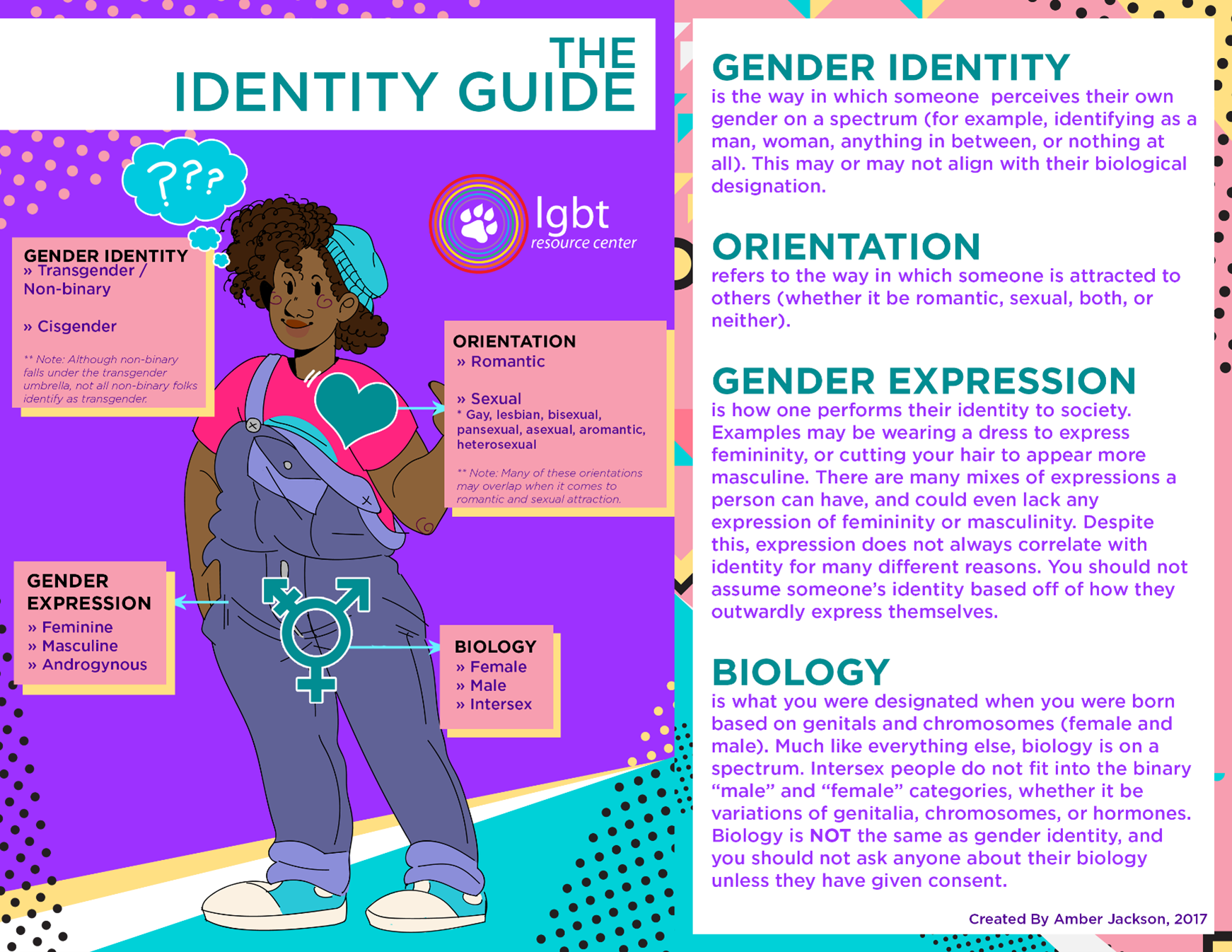 The Gender Unicorn graphic was created by Trans Student Educational Resources as a method to portray the distinction between gender, sex assigned at birth, and sexuality.  The ultimate goal is to recognize genders outside of the western gender binary and understanding that not all trans people exist on a scale of womanhood and manhood. 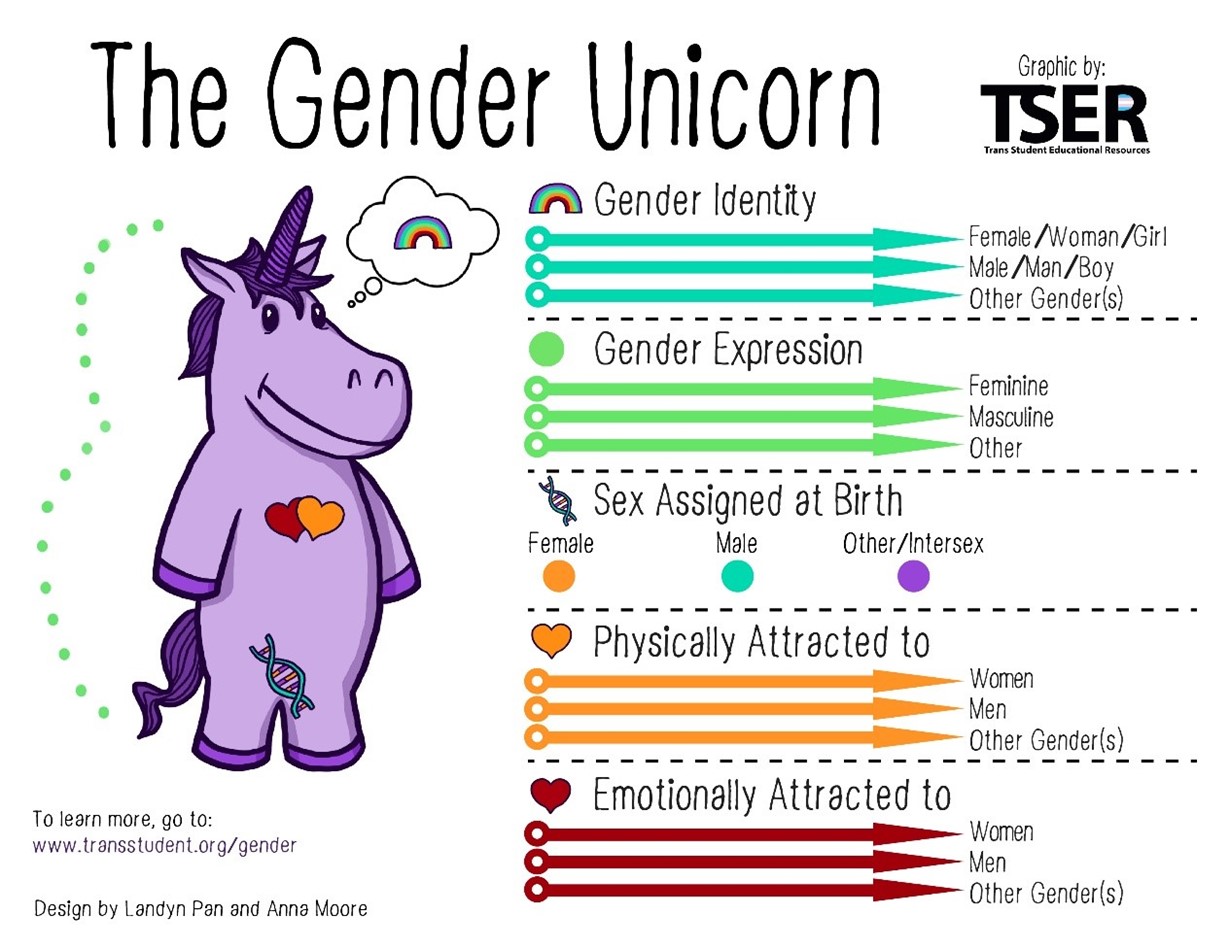 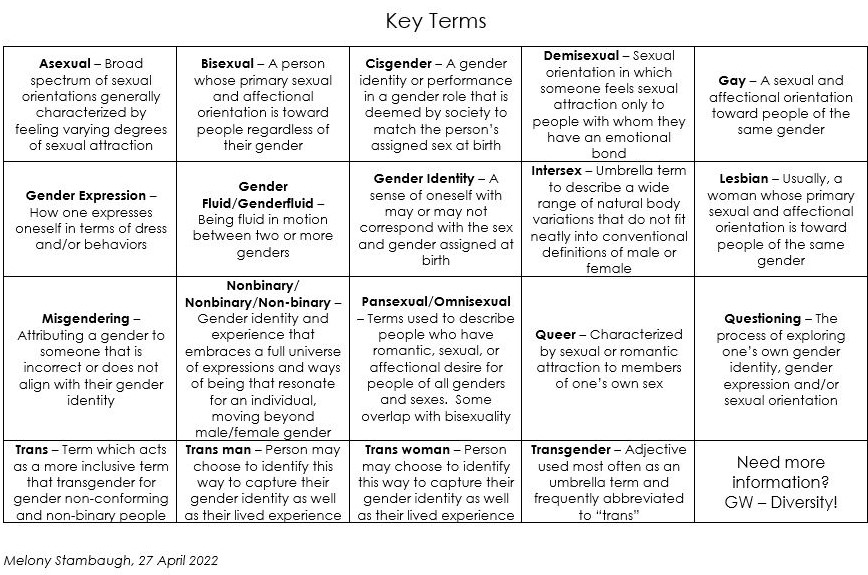